Profile: RHB, RFM
Tweet dis: Fatty Naked or Mike Leighton? Gardener #69. Swings both ways and near lethal on the pull. Will always have Dunfermline. Also plays cricket.
Pen portrait: Adding true northern grit to the Gardeners oyster, the lad from Stoke bowls like Phil “The Power” Taylor and bats like Robbie Williams. A traditional approach to line and length and old-fashioned work on the ball add movement to lively pace and belie his wicket haul. Meanwhile, his flashing blade rises to the challenge if promoted with hearty knocks at the top of the order: the best a 74 in 2009. Aked’s pulling prowess is legendary – and dangerous, as at least one teenage girl can testify after being flattened by a stroke creamed off his prodigious wood. Known to many as Fatty Naked, Matt is a most enthusiastic tourist, as the good citizens of Dunfermline will affirm, and remains the only Gardener to inspire musical commemoration. His ability to pour milk into a bowl leaves a little to be desired. JLlo

Profile: LHB, RF
Tweet dis: Brutal batting, blistering bowling, brilliant buttering – the Dejeez is an all-rounder so athletic he even comes from a place called PE.
Pen Portrait: The Sandwich King of the Vauxhall End has spread a smorgasbord of delights for Gardeners fans over the past five years. For starters, he served up a classic combo in his debut season of 2006: 73 not out topped off with what remain the best-ever GCC figures, 7-33. Still not feeling hungry? Maybe an average of nearly 40 with the bat and 16 with the ball will tempt you. Dan tucks in when the buffet is open, but leaves the pies to the opposition. Looking for something meaty? How about his 100 off 52 balls in 2010. A sweet tooth? Dan’s got just the thing, his surprisingly chocolaty arm. Don’t take our word for it. The awards speak for themselves: he’s gobbled up the lot. When you’re in a pickle Dan always delivers. Did I mention he’s got wheels? MA

Profile: RHB, RM, Club Captain from 2015 season.
Tweet dis: Regal batsman, GCC Viceroy of India. Hates batting almost as much as getting out. Considers anything other than Proper Tea is theft.
Pen portrait: The most elegant, watchable and talented of GCC batsmen, Jamie is probably the only Gardener whose statistics elicit the response, “Just the one century”? (His sublime 115 against Carpe Diems.) Arguably the only Englishman, let alone Gardener, since the turn of the millennium to master the subcontinent (where he averages more than Ken Barrington), Jamie accumulates effortlessly all round every ground except our former home off the M1, Toddington, which may explain his return to the Gardeners’ fray after years in a wilderness of the Gaieties. He professes to hate batting in a manner reminiscent of Jack Hobbs, with whom he also shares a cap-wearing style and relish for digging in to dig his side out of the mire. Above all, Jamie respects the game’s traditions, especially the importance of a Proper Cuppa and a slice of Battenberg. JLlo 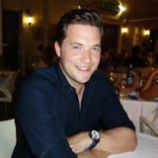 Tweet dis: Blessed with a cherubic countenance, the power of arrest and a deceitful lob ball, the Chancellor is a man you underestimate at your peril.

Pen portrait: Bearing a disarming resemblance to George Osborne, our own Chancellor of the Exchequer (DS Humphries to you, sonny Jim) has found his personal approval ratings move in exact opposition those of the Baronet at No 11 since his 2013 GCC debut. Setting the tone for future appearances, Chris bought two wickets against the Lions of Hampstead Heath (3-0-31-2) with a style of lob-bowling not seen since the good doctor set the willow aside. He was an enthusiastic tourist to Talgarth, but not even a detective of Chris’s calibre could solve the mystery of the poltergeist pisser (where’s the Holmes to his Lestrade?). His two wickets in a mesmeric over against Ewyas Harold were textbook. Chumpy's nearest and dearest were surprised he won catch of the year for his slipper against Palm Tree; if they’d seen it, they have been relieved. TL

Profile: RHB, left-arm slippy
Tweet dis: Musicologist, ecologist, erstwhile Treasurer: whirling left-arm quick and whirlwind right-hand bat. Once LFM, now LMF, never LMFAO.
Pen portrait: Throughout the Noughties and beyond, Ludo has proved a Gardeners stalwart. Now retired as Treasurer (his mock-pedantic speeches having been a highlight of AGMs), he is still going strong as a bowling all-rounder. Players’ player in 2002, Ludo brings the same unusual but winning mixture of urbanity and sensitivity to his cricket as he does to his writing and campaigning. Often having cycled unfeasibly large distances to fixtures, he complains only very mildly when asked to bowl into the wind and remains capable of the unplayable snorter and crucial bursts of wickets. His batting average would be a lot higher had he played for it: his quick runs – often but not always over mid-wicket and long-off – have proved as valuable as his wholehearted fielding. There remains no better man with whom to share a partnership or a pint. DW