(with shades of Mike Leighton)

I met a cricketer from an antique land

Who said, “Two teams will oppose each other in Dulwich, high on a desert plain.

One man, Steve Stifler by name, whose frown

On the outcome of the match.

The umpire’s hand that mocked them and the Al Desco tea that fed,

And on the scoreboard these words appear:

‘Our name is Gardeners Cricket Club, team of teams:

Look on our performances, ye Bengal Troopers, and despair!’

Nothing of the tea remains. Round the decay of that colossal victory, boundless and bare,

The lone and level Gallery Fields stretch far away.” 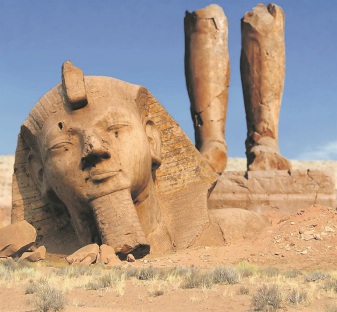 18th June found most of the team awoken to the news that Pakistan had been put in to bat at the Oval. And that Saj had made it there by 10.30! Meanwhile not far away in Dulwich, another game of epic proportions was taking shape at Gallery Fields, which saw the mighty G, hoping to keep their 2017 100% record at the ground in check, pitted against the dangerous Bengal Troopers. All the elements were in fine order to ensure an enjoyable day’s cricket – another al Desco tea to salivate over; Keira Knightley’s best manicured pitch, an early start time, a cloudless day, and a crate of Samuel Adams’ finest for post-match refreshments.

Chancellor: Er, are the beers on ice yet? 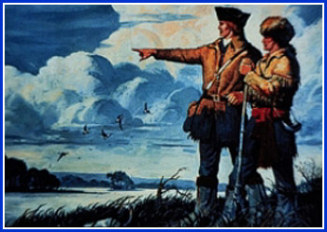 Priorities straight, and with Leahy electing to bat, it was straight into the action with the Lewis & Woodhouse expedition sent in to open the batting in stifling heat. It was hoped that George’s agricultural big-hitting would be the perfect foil to Dave’s scholarly stroke-play. Funnily enough the opposite was true, with Dave ratcheting up the strike rate from ball one, deftly finding gaps in the field with consummate ease. Sadly George departed for 9, caught behind off the wily (kami)Kazi. 40/1 in the 5th over.

This brought a frostbitten Steve Stifler Seaton to the crease, fresh from a successful summit of Mont Blanc. If you’d told him he’d go from Arctic to Saharan conditions within 24 hours, he’d have scoffed at the idea. Unbeknownst to Steve, he’d spend the rest of the day in the field. Which probably did wonders for his frostbite! An under-the-radar partnership of 127 soon flourished in what was a classic example of keeping the scoreboard ticking over against decent bowling, both men stroking their ways to fine 50s in quick succession. With 140 coming up at the 20-over mark, things were looking in fine fettle for a big score with these two gladiators at the crease. Dave eventually departed for a superb, boundary-ridden 78 off Kazi. [This was Dave's 25th 50 for the club, the highest aggregate by any Gardener in history. Congrats sir] [Ed]. In quick succession came the two newbies, Kostoris and Mitchell, both displaying Jamie-esque eloquence in their stroke-play, sadly both falling like dominoes for 7 and 1 respectively. This brought Cunners Jnr to the wicket at the 30-over mark, and with TWO Stiflers at the crease, the G set about upping the run rate further and possibly reaching the magical 300 mark.

Along the way, and apart from a near mid-air collision in the skies above us, Steve reached his maiden 100 for the club. Once that milestone was reached however, he unleashed the fury with a plethora of one-bounce fours, renewing hopes of reaching the elusive 300 with each almighty bosh. Sadly this was not to be as we reached 288 off our allotted overs - the 5th highest total by the Gardeners. Steve ended on 126*, equalling the club record for highest score; Cunners chipping in with a handy 33*.

Anyone would have thought the Troopers would be a tad dispirited having just surrendered 288 runs in 30 degree heat and with no refreshment for their efforts. However this paled in comparison to the whooping celebrations emanating from their change room soon after. Anyone would have thought Ramadan was over, but it was in fact their reaction to hearing India were by that stage 52/5 amid reports of a certain inebriated Murtaza circumnavigating the Oval dressed only in a baggy green cap and a Pakistan flag!

With stomachs filled, we soon took to the field quietly confident of defending our total. Navratil and Cunningham duly opened with maidens but the Troopers, having chased down 250 the previous day, were soon off the mark with zero intention of going quietly into the night. Metro eventually got the first break-through having beaten the bat on numerous occasions with some masterful swing bowling - just reward for a great opening spell. Cunners followed up likewise with the rarest of rarities in this club – a catch at first slip! Textbook cricket.

Short spells were the order of the day as Fryer & Leahy quickly took over from Navratil & Cunners. Ironically on such a dry and bouncy pitch, it was our spinners who benefitted the most as Leahy quickly bagged 3 wickets, followed by another 3 from Kostoris and 1 from Chumpy. Another outstanding effort in the field by our bowlers, our defence was again categorised by the breaking of partnerships just as they threatened to overpower us. Credit to our bowlers, but more importantly credit to our fielders who dropped not a catch. Two deserve mention – one to Woodhouse for a superb low flyer at cover, taken in typical Woodhouse fashion (on the ground, ball flying at Mach 1); another to Leahy for making plenty of ground before nabbing a tricky one at long-on.

The Troopers were never fully out of the game until the very end too, so they deserve huge commendation for their fighting spirit in trying conditions, eventually ending up on 201 all out. Close to 500 runs on a sweltering day, top cricket all round. Even George’s harem of (only) 2 found reason to applaud on a regular basis!

And with the sun setting on Gallery Fields, we gratefully tucked into our ice cold beers in what is fast becoming a fine Gardeners tradition as we took stock of Seaton’s fine ton. No one had the gall to ask the centurion, “Hey Stifler, hows the pale ale?” It was unspoken that the beer was never sweet, never bitter. 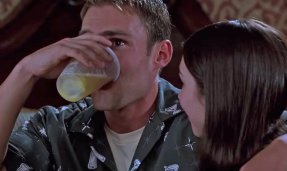 And with the sun setting on Gallery Fields, we gratefully tucked into our ice cold beers in what is fast becoming a fine Gardeners tradition as we took stock of Seaton’s fine ton. No one had the gall to ask the centurion, “Hey Stifler, hows the pale ale?” It was unspoken that the beer was never sweet, never bitter.

[The centurion and latest record-breaker was asked if he was disappointed he’d not broken the record and only equalled it. Steven was magnanimous in reply saying he was delighted to have climbed to the top of the roll of honour alongside Shomitt. Skipper Leahy having earlier berated him for not turning a single into a two (somewhere between 100 -126) couldn’t help making mention of it once again. Steven simply chugged down another Sam Adams and replied:
“Well I did run a marathon yesterday!” ][Ed] 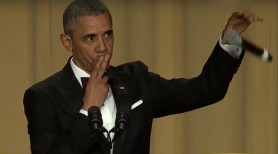 What about Mike Leighton you might ask? On closer inspection of our opponents scoring, the following names were submitted to the official scorebook:

Cunningham = somehow they got right