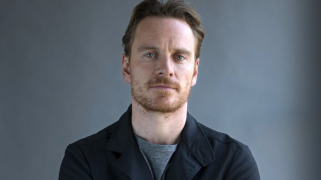 It was certainly all change for game 1 of the 2017 season under new management of the Fassbender-Stifler double-entendre. As we say in Science: out with the old, in with the nucleus…

As usual the evergreen Gallery Fields didn’t disappoint with its manicured pitch, lush outfield, singular sight-screen, short boundary and mysterious harem, but these all paled into insignificance compared to the, by now, rhetorical would-we-all-make-it-to-the-ground-in-time for the unorthodox 12.30 start-time?

12.13 Saj – “Does anyone know the exact postcode for Gallery Fields?”

Which was just enough to get the Rawalpindi Express to the ground on time and, GAME ON, the 2017 season was under way. In overcast conditions, both captains must surely have stepped out for the coin toss with one thing on their minds. Winning it! Well that, and bowling first. Lady luck was on Leahy’s side and the Gardeners dutifully took to the field with strict instructions not to shy away from shying.

Navratil got things underway with his customary in-ducking metronomy, Scrooge McTaste from the other end as miserly as ever. First chance came in Cunners’ 2nd over. 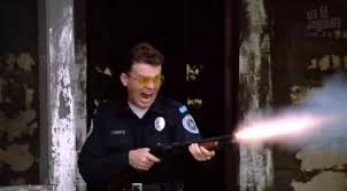 Sadly, it remained only a chance as Tackleberry misfired ...and managed to turn a regulation catch at first slip into an expertly evaded juggle from a rising edge at eye level. Not to be out-shone, Navratil flighted a superb piece of K&C deception in the channel of uncertainty that saw Trail’s eyes light up, only to massively edge it and be nabbed by Easy Steve Seaton with all the ease of a Venus fly-trap. 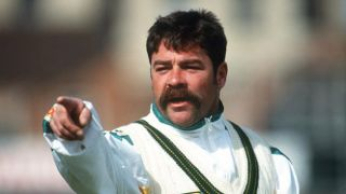 First break-through of the season brought the long-haired Boonto the crease. Surely our first shy of the season wouldn’t be far away and it dutifully came courtesy of a lovely up-and-under from Huggy at square leg that would have made Gary Owen himself green with envy. Needless to say, Boon made it home with minutes to spare. And with the season’s first shy out the way, it was downhill from there.

Huggy dutifully struck in his second over in somewhat controversial circumstances. What will go down as “Boon bowled Nisbett” was anything but as simple. Hugo’s delivery seemed to gently dislodge a bail on its way to Seaton’s pads, only for it to ricochet back onto the stumps, leaving 2 umpires, a bowler and a wicketkeeper quietly befuddled. It thus fell to The Bill to take the law into his own hands and give Boon his marching orders, pointing him back to the clubhouse ala-Piers Teakle. Thanks Chumpy! From here on, wickets tumbled at a steady rate as all our bowlers got stuck in like vultures on a carcass. Saj bagged two after a somewhat indifferent start to his spell, one of these courtesy of an early contender for catch of the season from Cunners Snr, taking another trademark reflex one-hander low to his right that, it seems, only he can do! Huggy added another scalp to his first one, as well as a decent catch at square leg. Humphries opened his season with 2 quick wickets in 2 overs. Debutant Matt Wood picked up a wicket with his first ball for the Gardeners too. Highlander also chipped in with a superb spell of pace and guile, picking up from where he left off over the winter. To quash any suggestions of self-favouritism, Tommy finally brought himself on to nab the last two wickets in his brief spell. This left a somewhat hungover Jags reeling at 155 all out with 5 overs to spare. Great effort in the field from GCC too - every time a partnership threatened, we managed to dismiss the senior batsman. Text book stuff and a good precedent set for the rest of the season. Confidence was as high as our appetites walking into the clubhouse.

And we were not to be disappointed as DDJ’s Al Desco-sponsored tea left us in no doubt as to why places for games at Gallery Fields this season will be gone faster than a Twinkie at a Weight Watchers conference. Giving new meaning to gourmet sandwiches, never before has a tea been completely demolished in one go. All that was left after the initial stampede was a cadaver of empty boxes and a few cups of summer tea. Perfect size as well, Dan.

That’s what she said 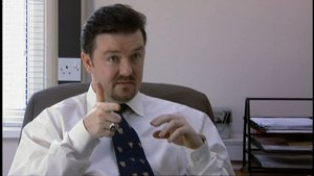 Top tea may also have had something to do with the Jaguars’ ensuing lethargy in the field soon afterwards.  Set 155 to win, and with a line-up of steel comprising Tackleberry, Seaton, Murtaza, Wood, Cunners, Leahy, Macleod, Nisbett, Struthers, Navratil and Humphries this seemed little more than a foregone conclusion.

As usual, all depended on the openers getting off to a flyer and for a pleasant change, we weren’t disappointed! Tackleberry taking on his usual role of aggressor with Seaton playing anchor, this mix of styles worked a treat, bringing us up to 50/0 off 10. Thoughts of a 10 wicket drubbing to open up the 2017 season were impetuously thrown about the clubhouse with shirtless abandon but this all came to a sudden halt as Steve was dismissed for 27, having seen off the openers Steele and Mounsey.

Players Player and Batsman of the year 2016, Saj Murtaza then strode out to the crease determined to flay all and sundry as he’d done in 2016. Cricket usually has the last laugh in such matters though and Saj was sent packing for an uncharacteristic 13. The new Leicester City was it Chumpy??

82/2 brought all-rounding debutant Matt “Mjolnir” Wood to the crease. Tackleberry by this stage had just discovered a new shot, and having hit his first reverse sweep for a cocky 4, proceeded to disdainfully treat every other delivery with the same shot. Some would call it a drop in concentration; others who know him better would call it, er, taking the piss! Either way it brought back memories of The Major in full flow. Eventually a return-to-form innings came to an abrupt end with Cunners Snr being castled by Goh for 51. 102/3 brought Cunners Jnr to the crease to join Matt. 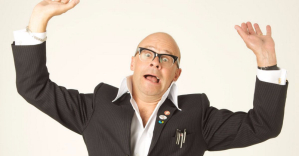 Wood was told to Goh back to the clubhouse 15 runs later, bringing Skip Leahy to the crease. Sadly this partnership wasn’t to last either as Leahy was yorked by Harry Hill for a paltry 4. 131/5.

Yet still the wickets fell at a regular GCC pace. Cunners managed to cut a rank long hop straight to point, departing for 27 and leaving the remaining runs to be gobbled up by a rampant Highlander (9*) and nervy Huggy (1*) which saw minor blushes spared. GCC win by 4 wickets.

All in all, a very satisfactory win for the Gardeners; however, we did our best to make it as sporting a contest as possible. In the end, we were in control for most of the game, but had the Jags put on another 20/30 runs, it could have turned into a real contest due to our batsmen taking their foot off the pedal towards the end. Then again, at least most of us got a chance to wield the willow early in the season.

Sandwich moment was a toss-up between Matt’s first ball wicket, or Judgey’s one-handed blinder at short cover. In the end, the sarnie went to Ol. Chirp of the game goes to Plato Nisbett for more post-match philosophising about the state of the changing room - “you know this place actually DOES smell like a change room!”

The Gardeners will return next weekend to Sheen CC.