Sheen were our hosts..

They of the above average tea with pasta and doughnuts made to sink the most robust of bowling attacks.

They won the toss and chose to bat on a very dry wicket considering the previous day’s downpour. Skipper Tom, having considered the winter form of the netters, chose to go with the tried and tested opening pair of Metronome and Cunners. The tall strong unit of Quinn strode to the middle. An opener we’d managed to get out cheaply in previous encounters would prove harder to remove this time round. The Metronome was metronomic if only in meeting the middle of Quinn’s bat but fortunately Cunners kept it tight at the other end. 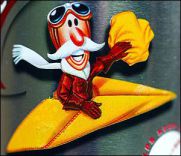 Sheen were off and flying.

Sam replaced Rob and Greg’s left arm replaced Nick’s. Both bowling their allotted 8 overs straight through producing great pressure from both ends and getting the Gs back into the game. The first breakthrough came in the 13th over with Sam now into his rhythm forcing Godwin onto the back foot only to chop onto his stumps, a classic Sam delivery.

Greg followed up just a few overs later cleaning up no.3 Mobley. He didn’t stop there as he now had the dangerous Quinn in his sights. Tricking him into a biff too many Saj was positioned at mid-wicket to take a neat catch low down.

Greg was on the money straight after the break with a wicket maiden luring Simpson into a prod which plopped nicely into Saj’s hands close in on the leg side.

Tom brough himself on to maintain some pressure and duly picked up a couple of wickets, the first a lovely clean bowled to remove Cunningham (theirs, not ours). Young Delamayne after playing a few classy strokes to the boundary was then beaten by Tom and a very swift stumping from Matt. Steven had been forced to give up the gloves after suffering a little groin niggle so retired to fine leg to stretch it out. 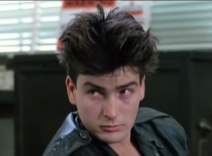 With Sheen off the rails..

..at 101-6 after 30 overs the Gs had the upper hand, only to drop the ball literally and metaphorically. Ashbury and Delamayne Snr put on a stand of 80 in the final 10 overs with some strong hitting, albeit off some sub-par, early season bowling from Navratil.

Factoring in some dropped catches of varying difficulty Sheen reached 181-6 at tea.

Back in the game? Yes but the Gs were confident.

Tea came and went, quicker for some than others as the Sheen team dog polished off chicken legs and cake as soon as you turned your back.

Olly, a noticeable absentee sat in a darkened changing room psyching himself up. He and Steven strode out to open. Olly took the early initiative putting the bowlers on the back foot scoring a tidy 21 from 16 balls, all through extra cover to third man (handy thing those wagon wheels), eventually falling to an unlucky chop on off Delamayne F.

With Saj coming out to join Steven who was still nursing an injury it was more a case of ‘can’t run, won’t run’. Would there be shades of Gordon Greenwich on one leg at Lords in ‘84?

Their excellent partnership of 76 came purely in singles and fours. A beautiful cover drive to the boundary from Steven was a highlight before he fell pulling a ball from Ashbury for 27.

By now Saj had his eye in and was advancing down the wicket, flaying the ball through the off side. Particularly enjoyed by Cunners umpiring as the advances negated any lbw call.

Matt came in at 4 and completed a dynamic power-hitting duo many had hoped to see in the middle this season. Sadly it only lasted an over as Saj was skittled. Not before making the first Gardeners half century of the season, finishing on 63 from 47 balls.

After drinks Skipper Tom took guard and he and Matt looked to push on. 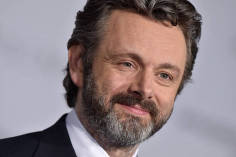 Sheen began Act 2 with other ideas.

They turned to a tactic we affectionately call ‘taking pace off the ball’. Worried for a moment that Heathrow’s airspace might be invaded, the ball arrived (vertically) at the other end. This required patience and timing from the boys. After a few early scares and a dropped catch, Tom and Matt steared us towards our total with a 57 partnership. Some trademark blows from Matt finding the boundary back over the bowler’s head. Tom eventually succumbing to the slow right arm of Rob for 18. The final rights were left to the Highlander hitting a four through mid-wicket to take us over the line. Matt finished on 39 not out and the Gardeners victors by 6 wickets in the 29th over.

A delayed start to the season saw a few too many dragged heels and dropped catches in the field, we’ll need to tighten up on that against Gaieties this weekend. It was a good batting performance with everyone contributing and a stand-out bowling display from Greg earned him the first Al Desco Sandwich Moment of the season